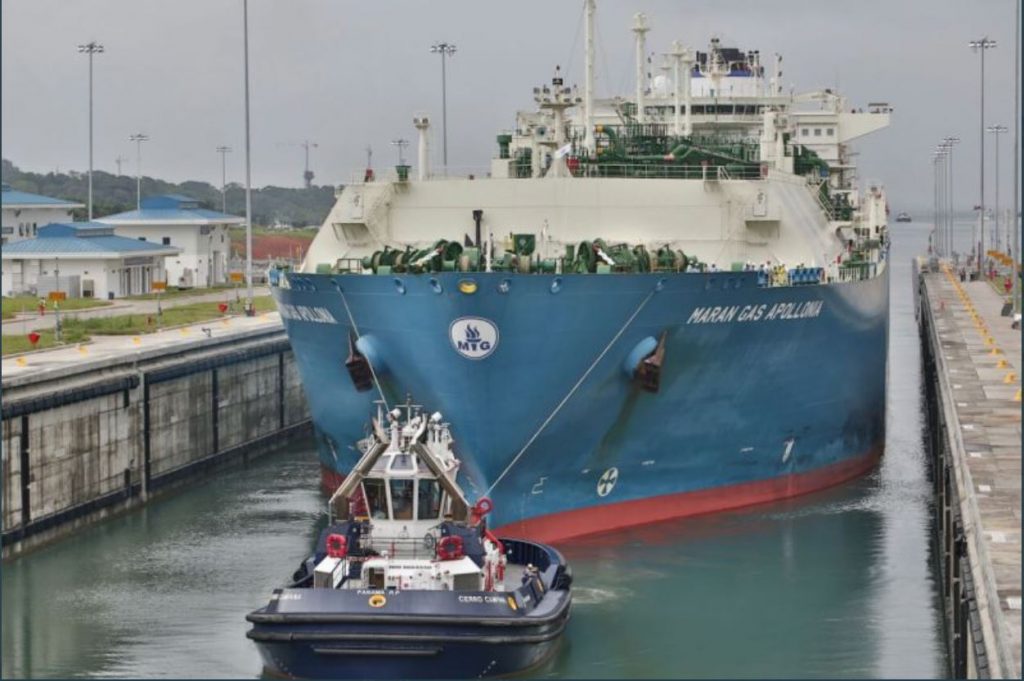 For Panama Canal officials, eight Chinese-built tugs remain an arrow in the quiver of the waterway’s tug fleet.

But for the Union of Captains and Deck Officers (UCOC), whose members operate the vessels, they are “identified by all as floating hazards”.

The union has taken to Twitter to complain that new rules agreed by the Panama Canal Authority (ACP) could allow the tugs to assist LNG carriers in the close confines of the new locks despite years of problems.

The captains claim that the eight Z-Tech 6000 tugs have long had reliability issues.

“We have reported the trouble with this equipment since its arrival, but safety now does not appear to be the priority in the canal. This agreement puts the lives of crews at risk,” the UCOC said on the social-media platform.

The fight has also revealed a division between two key maritime officers unions on the canal. At issue in the UCOC’s complaints are agreements between the ACP and the Panama Canal Pilots’ Union (PCPU), whose members board ships to guide them through the waterway.

Tug requirements were agreed between the pilots and the ACP in 2016 as part of a collective bargaining agreement that included provisions to ensure adequate resources to bring ships through the expanded waterway. Under the agreement, vessels using neo-panamax locks must be assisted by two tugs, one at the bow and one at the stern.

Rather than call for specific tugs, the agreement sets the ­minimum bollard pull of the bow tug at 60 tonnes, according to Alvaro Moreno Constantino, sub-secretary general of the PCPU.

However, until the recent agreement, LNG carriers needed both tugs to have FiFi-1 firefighting capabilities, which in effect excluded the Z-Tech 6000 tugs, which have a bollard pull of 61 tonnes.

The new agreement with the pilots union now requires just one FiFi-1-equipped tug.

“We expect that this measure will improve the expeditiousness of the service the canal provides to LNG carriers, while maintaining safety measures in line with the essential best practices for the industry,” Moreno said.

He said the Z-Tech 6000 tugs could have been assigned to the bow of neo-panamax ships since the new locks opened in 2016, although that has rarely happened.

But the UCOC said allowing tugs through these locks to assist LNG carriers represents a high risk to tug crews, infrastructure and the canal’s customers and credibility.

UCOC secretary general Daniel Camazon said the vessels initially had clutch problems. Work to address that resulted in other issues instead, and the boats were left with manoeuvrability problems.

Camazon told TradeWinds that the tugs would be “very dangerous” in the confined spaces of the new Panama Canal locks.

“You are working on the fringe of reliability,” added Ivan de la Guardia, a fellow tug captain and former UCOC secretary general.

For its part, the ACP described the situation as a labour matter.

“The Panama Canal handles labour matters directly with the different bargaining units,” the authority said in a statement to TradeWinds.

“The canal remains committed to ensuring the safety of all its workforce and customers.”

The safety fight is rooted in ­decisions made ahead of the ­opening of the expanded Panama Canal, which allowed larger ships to pass through the waterway.

For more than 100 years, the canal used locomotives called mules to pull ships slowly through the locks. This equipment was not included on the larger locks in the expansion project, so neo-panamax ships transiting the canal instead use only tugs to squeeze safely through the gates.

Years before the expansion, the ACP ordered the tugs at Cheoy Lee Shipyards, which is headquartered in Hong Kong and has its main production facility in the southern Chinese city of Zhuhai.

Cheoy Lee director Ken Lo told TradeWinds that when the Z-Tech tugs were built in 2008, the ­Panama Canal expansion was not even contemplated.

He said the tugs have performed well in assisting ships in and out of the canal, but they were not meant to assist vessels inside the locks.

The captains argued that, in addition to including them in technical decision-making about the boats that they operate, the ACP should invest in more new tugs.